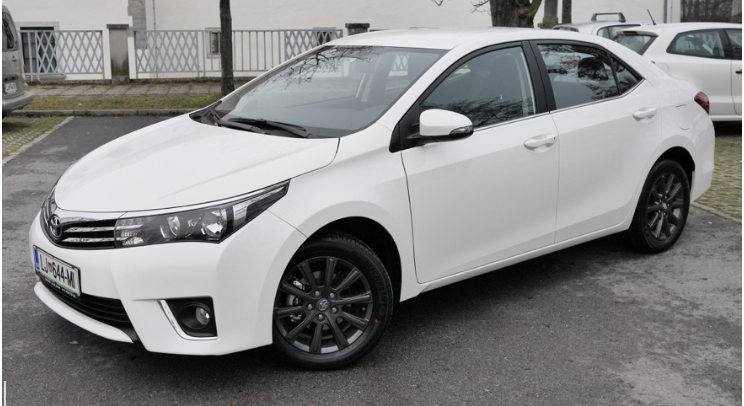 Cars are so much more than their size, speed, or price, but it’s interesting to see which makes and models top the scoreboards.

From the biggest and smallest to the priciest and most powerful, the LeaseCar.uk have researched and revealed six record breaking cars throughout history.

Phoenix native Austin Coulson entered the Guinness Book of World Records in 2018, having built the world’s smallest road legal car. At just 25 inches high, 2 feet 1.75 inches wide, and 4 feet 1.65 inches long, Coulson’s mini car is positively tiny. Its size means that it can’t go more than 25mph, but as long as it stays off the highway, it can actually be driven on the road.

Coulson built the vehicle from scratch in his own garage, piecing together the body of a ‘57 Chevy Bel Air, adding into it the drive train, transmission, and engine from a road-legal quad. The car also contains seatbelts, headlights, taillights, turn signals, a functional horn, rear-view mirrors, and a custom 3-inches by 9-inches safety-glass windshield.

You can watch more about Coulson’s vehicle here:

Ex-Arabian king and billionaire Sheikh Hamad owns one of the most bizarre car collections in the world, boasting over two hundred rare, exotic and expensive cars and trucks including a giant globe with wheels, and a humongous replica of the Dodge Power Wagon.

The specially enlarged pick-up truck is eight times bigger than its counterpart and weighs over fifty tonnes. Inside, it comes complete with a full-sized kitchen, air-conditioned bedrooms, bathroom and lounge with all mod cons, plus a patio area in the back.

It’s so big that its wheels had to be taken from an oil rig transporter, the wipers from an ocean liner and the headlights cost £1,000 each. What is even more amazing is that this truck is not a static display piece; it actually drives, thanks to the engine which was taken from an earthmover.

British carmaker Lotus unveiled its limited production electric sports car, Evija, to the world in July 2019, which will rock an astonishing 2,000 horsepower. Although it hasn’t been tested yet, Lotus say it should be able to get you from 0-186mph in less than 9 seconds – or about the same time it takes the average family car to get up to motorways speeds.

Power is delivered to the wheels through individual single-speed, helical gear ground planetary gearboxes on each drive shaft. In track mode, the Evija will even add power to individual wheels to help tighten up your cornering radius by swinging the rear around a bit. Wow.

Only 130 Evijas will be built, each personalised in terms of colour, finish, interior trims and details for around £1.7 million each.

Officially, the most expensive car ever sold at an auction was a £12 million Ferrari 250 GTO, which is now proudly owned by presenter and radio DJ Chris Evans. Only 36 250 GTOs were ever built, and only a few featured Series II GTO bodywork.

However, the most expensive car ever sold is the Bugatti Type 57S Atlantic. Only four were ever made and just two are left in existence. The price? It was sold for between £20-30million.

In August 2019, Bugatti topped the formerly reigning Hennessey Venom F5 with its Chiron Super Sport 300+, which also became the first car to break 300mph on the track. The final record was 304.773 mph with race car driver Andy Wallace in the driving seat, on Volkswagen’s Ehra-Lessien test track in Germany.

To put that into perspective, it’s the equivalent of being able to cover 450 feet in a single second.

Dependable, reliable and affordable, the humble Toyota Corolla is the world’s best-selling car. It’s been produced since 1966 and has sold over 40 million units worldwide, far surpassing any competition in terms of the number of units sold.