Is there a car we love more than the Mini in this country? At LeaseCar, we don't think so. And who can blame us? The iconic Mini is as much a part of our heritage as cricket on the village green and fish and chips at the seaside. But, don't let the Mini's lovable image fool you today's reinvented Mini models pack a powerful punch and offer excitement in bigger bucket loads than their boot capacities!

Many people have fond memories of Mini driving. Today, BMW has taken that historical memory and given it teeth to impress even the most ardent of thrill-seekers. The latest developments maximise this car's long-standing positives whilst putting any previous failings to bed once and for all. 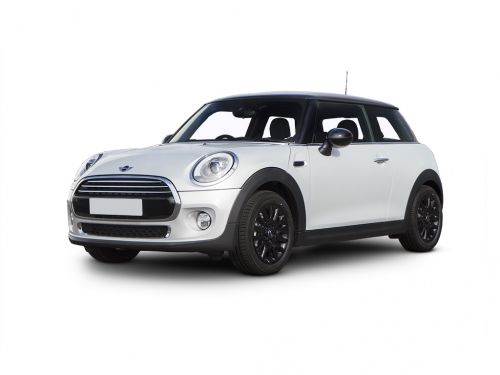 About the Mini Hatchback

Take a look at the range of Mini Hatchbacks LeaseCar has available. Even if you're new to the Mini experience, there's something guaranteed to excite!

Which Mini Hatchback is Right for You?

It goes without saying that the Mini has bags of character. They're great fun to drive, have impressive performance specs and amazing improvements to the interior design. To choose the Mini Hatchback that's perfect for you, pick from one of three petrol engines - One, Cooper and Cooper S. For the Cooper and Cooper S models, you can then choose a trim level - Classic, Sport or Exclusive. You can also choose to customise your Mini still further. If you're driving a Mini, you're an individualist  the Mini is a car that can make a statement as boldly as you dare!

Back in 2018, a team of innovative designers sat down to formulate a mid-life revamp for their ever-popular Mini. The whole car was examined and improvements made across the board. Head-turning styling touches, additional technology and equipment were added as standard.

The baby of the family, the Mini One, is powered by a nippy 1.5-litre three-cylinder engine providing 102hp. It has LED front and rear lights, auto lights and wipers, a 6.5in infotainment system controlled by a rotary dial, Bluetooth, a DAB radio and a multi-function steering wheel.

The Mini Cooper is timelessly popular and the 2018 improvements have further strengthened this car's position at the top of the premium supermini class. It has a three-cylinder 1.5-litre engine, producing 136hp and reaching 60mph in little over 8 seconds. Despite this fantastic performance, the Mini Cooper is still a car to choose if you're keen to spend a little less at the fuel pumps. Astonishingly, fuel-consumption on this little firecracker is 51.4mpg.

The Mini Cooper S is the Mini of choice for the enthusiast. Anyone with a soft spot for this iconic masterpiece will delight in the unique thrill this car bestows on its driver. The turbocharged 2.0-litre four-cylinder engine provides 189 horsepower in the Cooper S, giving you something that won't fail to excite on winding country roads. The handling is agile and spirited. This is a car that makes driving your new favourite hobby. A six-speed manual transmission is standard and a six-speed automatic is available too.

With a car as loved as the Mini, it must be tempting not to mess with a formula that works and simply leave things as they are known and loved. This isn't the case with the Mini team. In recent years, they've taken every feature of the interior and reinvented it. They've ruthlessly discarded some of the things that we loved AND hated most about the Mini, the huge central speedometer, for example. They've also added some real surprises. As much as LeaseCar loved the old Mini, we have to admit, every one of these changes works for us!

Quite simply, the Mini interior has grown up without losing its fun or appeal. It doesn't feel quite as claustrophobic as the old car. The new Mini feels a lot more airy and, dare we say it, spacious.

Every model comes with LED exterior lighting, air-conditioning, fog lights, a 6.5-inch infotainment screen, DAB digital radio and a Bluetooth phone connection. There's enough equipment in the cabin to keep the most avid tech fan entertained. But, despite the raft load of features to hand, the designers have somehow managed to make the dash feel uncluttered and intuitive.

The answer on many Mini driver's lips to this question is quite likely to be 'fun!'. However, the new Minis, whilst still just as enjoyable, feel like they have a slightly more grown-up personality. They're more comfortable and the ride is smoother. The suspension is softer and the noise in the cabin is considerably less than in earlier models.

With its extra power on tap, the Mini Cooper S offers serious thrills, but each car in the range feels nimble and corners like it's on rails! The Mini has come of age - but don't expect it to lose its youthful enthusiasm any time soon!

Safety Features of the Mini Hatchback

The new Mini received four out of five stars from Euro NCAP in crash tests. This is an improvement on the earlier models. It's stronger than the car it replaced and features a bonnet that pops up to help protect pedestrians if a collision occurs. Adult protection is rated at 79%, child protection at 73% and pedestrian protection at 66% with a 56% score for safety assist.

The Mini has an impressive range of safety equipment, including six airbags, ISOFIX child seat mounts in the front and rear, a tyre pressure monitoring system, a passenger airbag deactivation button and various other systems which work to maximise the car's stability and grip on the road.

All Minis have Mini Teleservices and Mini eCall. These systems monitor the car's state in real-time and can alert the emergency services automatically if the car is involved in an accident.